Americans are currently captivated by the events unfolding at the U.S. Capitol building in Washington D.C. — as they should be. For the first time in over 200 years, a group of unruly rioters were able to breach security and storm the historical monument, all in the name of Donald Trump.

D.C. Metropolitan Police Department Chief Robert J. Contee confirmed four people were killed during the madness, 52 were arrested. The FBI is now on the hunt for more of those rioters responsible for the melee and plan on holding them accountable.

The always outspoken T.I., who likely watched the chaos from his television like the rest of the world, couldn’t help but comment on the situation, sharing a lengthy video to his Instagram account on Thursday (January 7).

Recorded while eating out with his wife Tameka “Tiny” Harris, whose voice is audible in the clip, the video illustrates exactly how Tip feels about the perceived anarchy that went down. Simply put, he thinks this is something White allies need to handle in order to help Black Americans stay safe.

“Can ya’ll believe the shit we saw yesterday?” he began. “I mean, did you see it? This shit don’t surprise any of us. This is the thing. We got to understand, we don’t have the same immunity. We can’t be out there fighting the same fight as white folk. Cause we gon’ end up being the only muthafuckas to get shot down, killed, or end up in prison. Until we get the same kind of immunity, the same consideration and acknowledgment, we can’t be out there. We’re going to be the ones that get killed.

“Let the whites fight. Our allies, get out there and do your things. If we can find a way to do something behind the scenes and be an asset to you, we will. But we can’t be out there. Nah man. They gon’ look the other way when ya’ll do it. The shit was planned. That shit wasn’t haphazard. The man said he’ll see us in January. It was marked on the date. ‘See you on January 6th.’ I saw my boy Trae posted that shit…But these muthafuckas already knew.”

Tip then revealed he’d been on the phone with The Breakfast Club co-host Charlamagne Tha God discussing their similar background and they both agreed it was an orchestrated plan.

“I was talking to Charlamagne, and us coming from the hood, we know what an inside job on a home invasion look like,” the Hustle Gang boss continued. “We know when somebody in the house that left the backdoor open. We know what that look like. So now, we gotta fall back. This shit beyond me at this point. We did our thing. We flipped the White House, we flipped Georgia, we flipped the senate. We did everything we were supposed to do. So now, we’ll back up. Let us know how we’re going to benefit from the work we’ve already put in.”

He added, “I don’t know where the military was. I don’t understand. But don’t get caught out in the middle of them white folk business. Somebody getting money. The market was at an all-time high all of a sudden. It broke records every day. The market was up, even though the muthafuckin’ Capitol was getting raided. So fall back and find our way to benefit our community. We don’t need to get in the mix.”

The Trump supporters who arrived on scene were attempting to halt the electoral vote count in an effort to stop Congress from officially declaring Joe Biden the 46th President of the United States. Their attempts were unfruitful and Congress solidified Biden’s win after returning to do their duties. 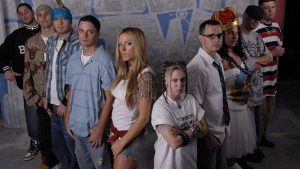 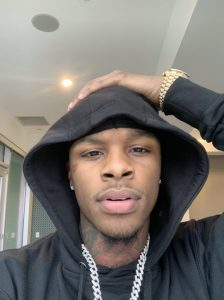 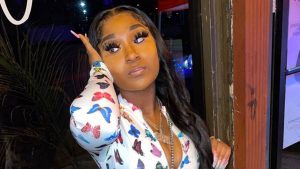 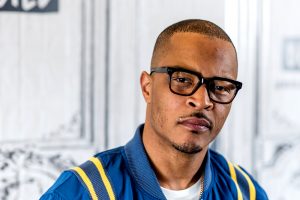