Over the past two and a half months, as much of our country has lived in quarantine, we’ve witnessed the violent loss of black lives with disturbing frequency. Ahmaud Arbery, Breonna Taylor, and George Floyd have died at the hands of racists and law enforcement. Complex Networks recognizes the power of its platforms and is committed to amplifying their stories and the voices of our communities to work for justice.

At 6:15 p.m. on Friday, a young protester held up a large mirror, inches away from a police officer’s face.

Written in blood red paint across the front of the mirror were the words, “Look at yourself.”

“I wanted to make them see themselves,” explained the protester, as large crowds gathered at Barclays Center in downtown Brooklyn. “I’m tired of us having to fight for something and they don’t see us. So if they’re not going to see us, they’ve got to see themselves.” Motioning at the red letters on the mirror, they added, “This is all the blood that they have spilled.”

Four days after George Floyd was killed by a police officer who kneeled on his neck during an arrest in Minneapolis, protests continued across the country on Friday night. In New York City, the demonstrations began at Manhattan’s Foley Square at 4 p.m. before thousands gathered in front of Barclays Center two hours later.

The demonstrations began relatively peacefully, as people chanted and attempted to communicate with hundreds of officers who were stationed around Barclays Center.

Most officers were either stone-faced or combative when protesters tried to engage them in conversation. One exception came early in the evening, when a man spotted a police officer he recognized from civilian life and asked, “Why do they have you down here, too?” The officer, a Black woman, acknowledged her conflicted feelings about being on duty at the protest and threw up her hands as she sighed, “What are you gonna do?”

As police helicopters whirred above, tensions rose throughout the evening. Some protesters threw bottles at officers, who responded by brutally beating them to the ground and making arrests. A handful of demonstrators retaliated by breaking the back window of a police car and throwing a burning pizza box into the vehicle. Several blocks away, near Fort Greene Park, a police van went up in flames.

Dozens of protesters were sprayed with tear gas, handcuffed, and taken away to buses that lined the arena. According to the New York Times, a senior police officer said that between 50 and 100 people were arrested Friday. 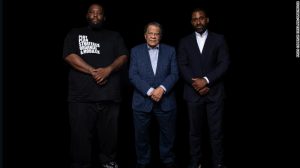 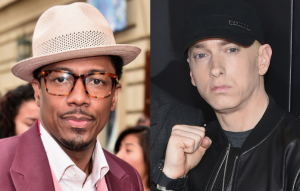 Eminem and Nick Cannon beef is now “water under the bridge” 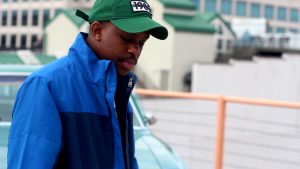 Cris Cola – Entertainer of the Month 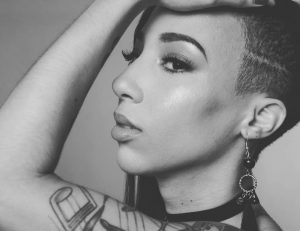 Master Kie – Model of the Month